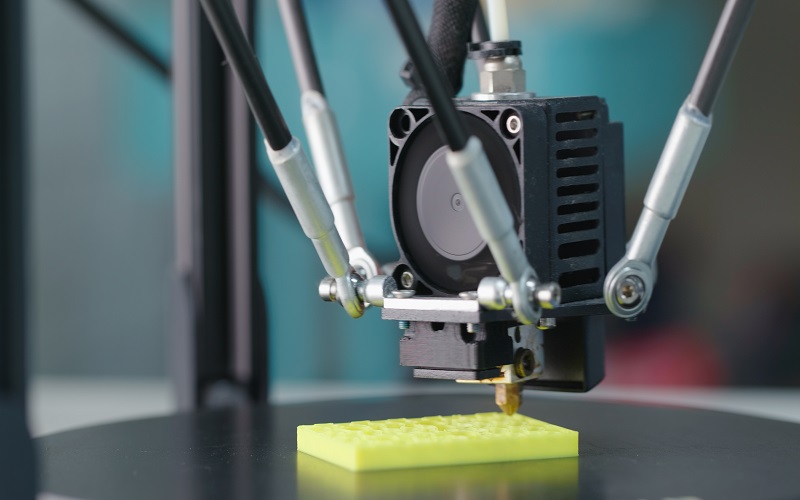 Plastic components do not always get the recognition they deserve for their contributions to our society. You’ll find them everywhere, from the lid of your teacup to the keyboard on your computer. Every plastic product, however, started as a prototype.

This is why we’ve come to investigate the many approaches for producing prototype plastic parts. So, without further ado, here’s everything you need to know about prototypes made out of plastic and the most important plastic prototyping techniques and types.

The Importance of Plastic Prototypes

As you may know, prototyping is a great tool for businesses and entrepreneurs, as it aids with the evaluation of a physical product before a full-scale manufacturing operation. A prototype plastic part allows you to work with your plastic product’s physical representation as rapidly as feasible.

You also have the option of presenting your ideas to possible investors and allowing them to put them to the test. Furthermore, prototype plastic parts are ones that you give to potential buyers to measure their interest in the product before they make their initial orders and it goes on the market.

This approach allows designers to make relevant changes before creating plastic objects with the help of prototyping businesses. Both the end-user and the manufacturer will benefit from this.

The CAD Model Of Your Prototype

The first item to consider before ordering plastic prototypes is your CAD model. The CAD model is a digital depiction of your intended product that shows you and the manufacturer how it should look.

A CAD model also demonstrates how the plastic components join together and how the device works as a whole. Creating a physical prototype model, whether visual or functional, begins with preparing a CAD model.

A visual prototype offers you an idea of how the product will look when finished. Visual prototypes are not required to operate as the final product. As a result, 3D printing is the most cost-effective and time-efficient method of developing them.

Functional prototypes, on the other hand, represent the desired final product in all aspects, from materials to mechanics. These are the prototypes you can use to evaluate product designs before moving on to mass manufacturing.

There are various methods for making plastic prototypes, depending on the type of prototype you want to produce. Besides the obvious plastic injection molding method, the three other most used techniques include CNC machining, 3D printing, and vacuum casting.

Fabricators can recreate many prototype plastic pieces using vacuum casting. It entails creating sections that are suitable for testing using a master model. The raw material is injected into a silicone mold during the vacuum casting process for plastic prototype construction.

CNC machining is another practical and quick approach for fabricating plastic prototypes. This technology makes 3D models out of solid blocks of materials using a variety of tools. A subtractive procedure is used to make a plastic CNC prototype. In contrast to 3D printing, which is an additive process, materials are removed from the solid block. This isn’t to say that fabricators can’t produce plastic prototypes out of other materials.

Digital milling machines support the efficiency of the process. Fabricators use a computer to direct the machine utilizing uploaded 3D data, ensuring proper process automation. Molds aren’t needed to make prototype CNC plastic parts. As a result, the end result isn’t pricey and all you need to get started is a CAD rendering.

How Much Does A Plastic Prototype Cost

The price of plastic prototypes is influenced by several factors. You need to consider the materials that are used, the complexity of the part, and the plastic prototype production technique. For example, 3D printing is often less expensive than CNC milling. However, due to mold milling expenses, injection molding is slightly more expensive than CNC milling.

Because 3D printing has such low fixed costs, there are no economies of scale. CNC machining has minimal fixed costs, with total costs rising at a consistent rate. As a result, you may expect each part to cost a little more than equivalent parts made with 3D printing.

For the first few components, the cost of plastic injection molding prototypes is relatively high. However, when the volume increases, the price drops substantially. Obviously, the cost of a plastic prototype is relative and is mostly determined by the technology employed and the volume required.

Plastic prototyping is a good way to ensure that your manufacturing process produces high-quality results. So, the success of your plastic prototype will be determined by your knowledge of the prototyping technologies and your selection of the most appropriate one for your application. Hopefully, now you have a better understanding of how to create plastic prototypes through all of its techniques.